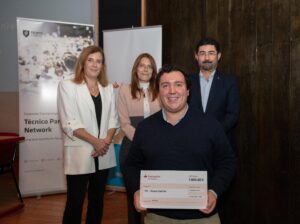 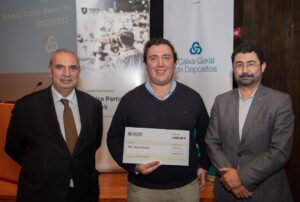 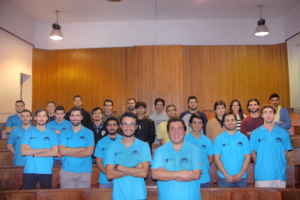 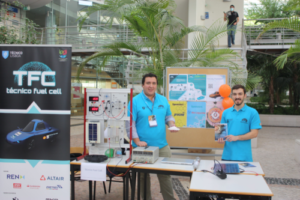 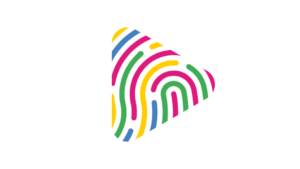 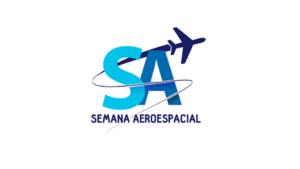 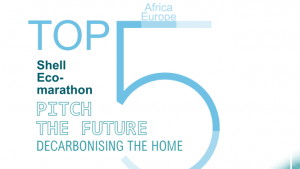 tfc.vehicle
•
Follow
Banco Santander (Portugal) S.A. is one of the multiple leader banks in Portugal and the major bank controlled by an international financial group, in one of the most attractive world markets, given its high growth potential. On 28th November, Banco Santander has given awards to 21 students nucleus from IST for their extracurricular activities. Consequently, Banco Santander has given us an award that will allow us to develop a Sustainable Composite Chassis with resource to alternative fibres. We would like to thank them very much for this award as it allows us to continue our project, investing in sustainability and innovation! #hydrogen #green #power #sustainability #future #mobility #shellecomarathon #hydrogenfuelcell #fuelcell #santander #santanderuniversidades #ca2ect
View on Instagram |
1/14

tfc.vehicle
•
Follow
Caixa Geral de Depósitos is one of the multiple leader banks in Portugal and its presence it’s relevant in many countries with cultural or commercial bounds with Portugal. We would like to thank Caixa Geral de Depósitos for the award they gave us in the scope of the CA2ECT contest. This award will allow us to develop the telemetry system for our car which is a very important component to continue to safely develop our project as it allows us to monitor all the car’s data in real time. #hydrogen #green #power #sustainability #future #mobility #shellecomarathon #hydrogenfuelcell #fuelcell #caixa #caixageraldedepositos #cgd #ca2ect
View on Instagram |
2/14 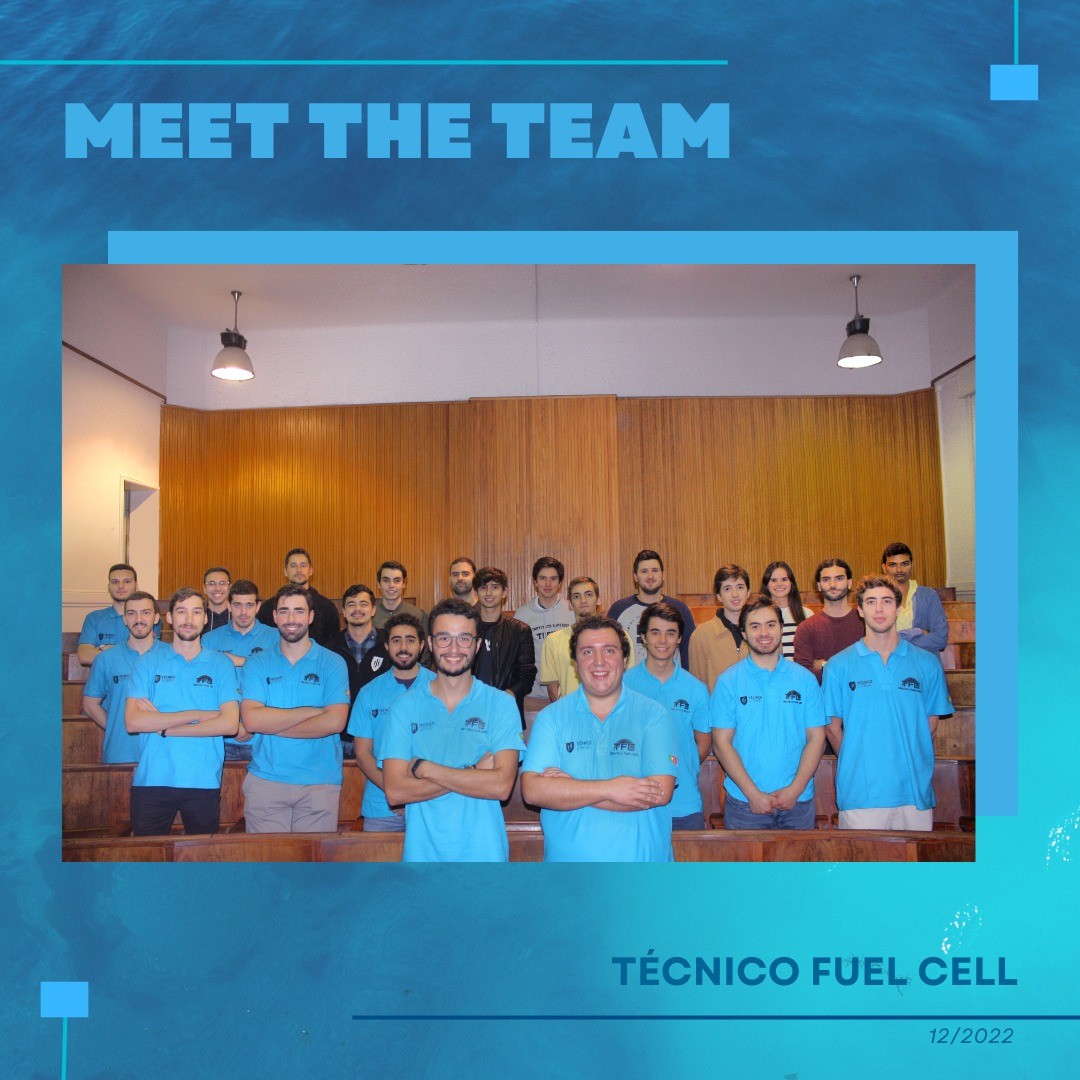 tfc.vehicle
•
Follow
It is with great pleasure that we proudly introduce ourselves as: Técnico Fuel Cell 2022-2023 💙⚡ We are looking forward to developing ourselves further this year and achieving our goals! Follow us and keep up with our work as we develop our first car prototype! Be part of history with us! #hydrogen #green #power #sustainability #future #mobility #shellecomarathon #hydrogenfuelcell #fuelcell
View on Instagram |
3/14

tfc.vehicle
•
Follow
Last weekend we were present at Técnico Taguspark Open Day in celebrations of their anniversary! In our stand we were doing some demonstrations on how hydrogen can be produced - by electrolyzing water molecules we can separate the oxygen from the hydrogen. And then, using the hydrogen to produce energy again with a fuel cell! Thank you @tecnicotaguspark for the invitation and many congratulations for your 22nd anniversary! 🎉 Thank you to everyone that visited our stand and talked to us! Did you catch us there? 👀 #hydrogen #green #power #sustainability #future #mobility #shellecomarathon #hydrogenfuelcell #fuelcell
View on Instagram |
4/14 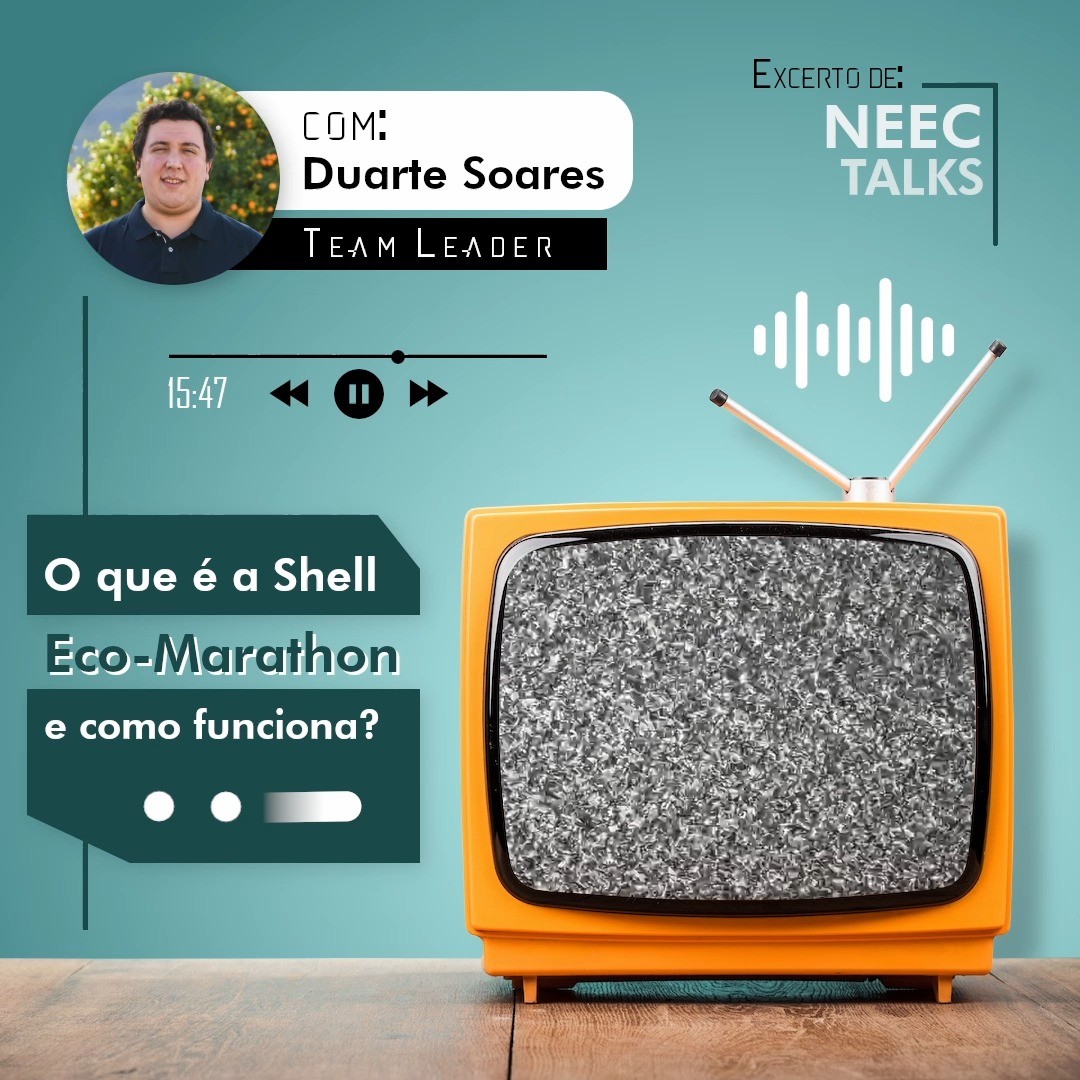 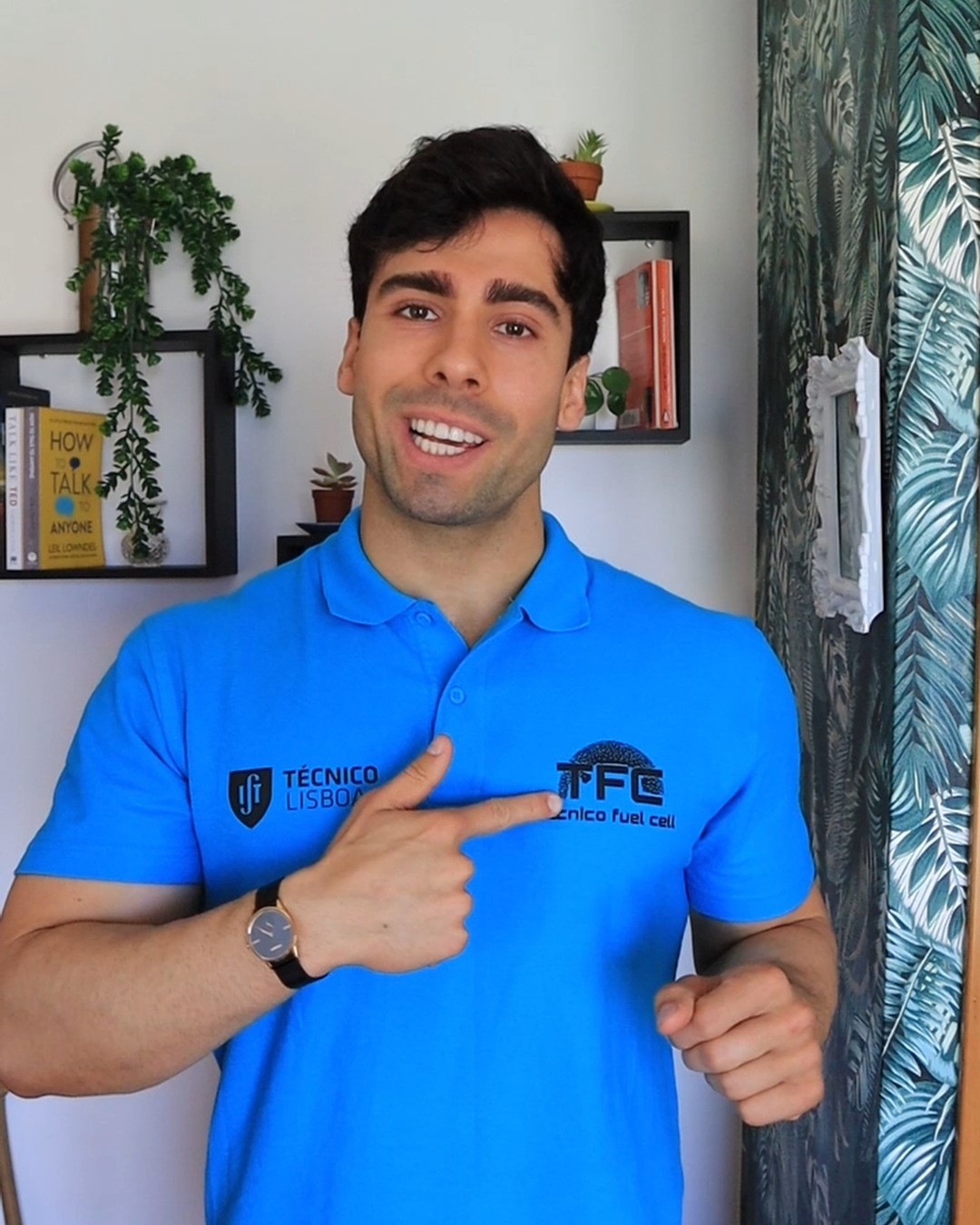 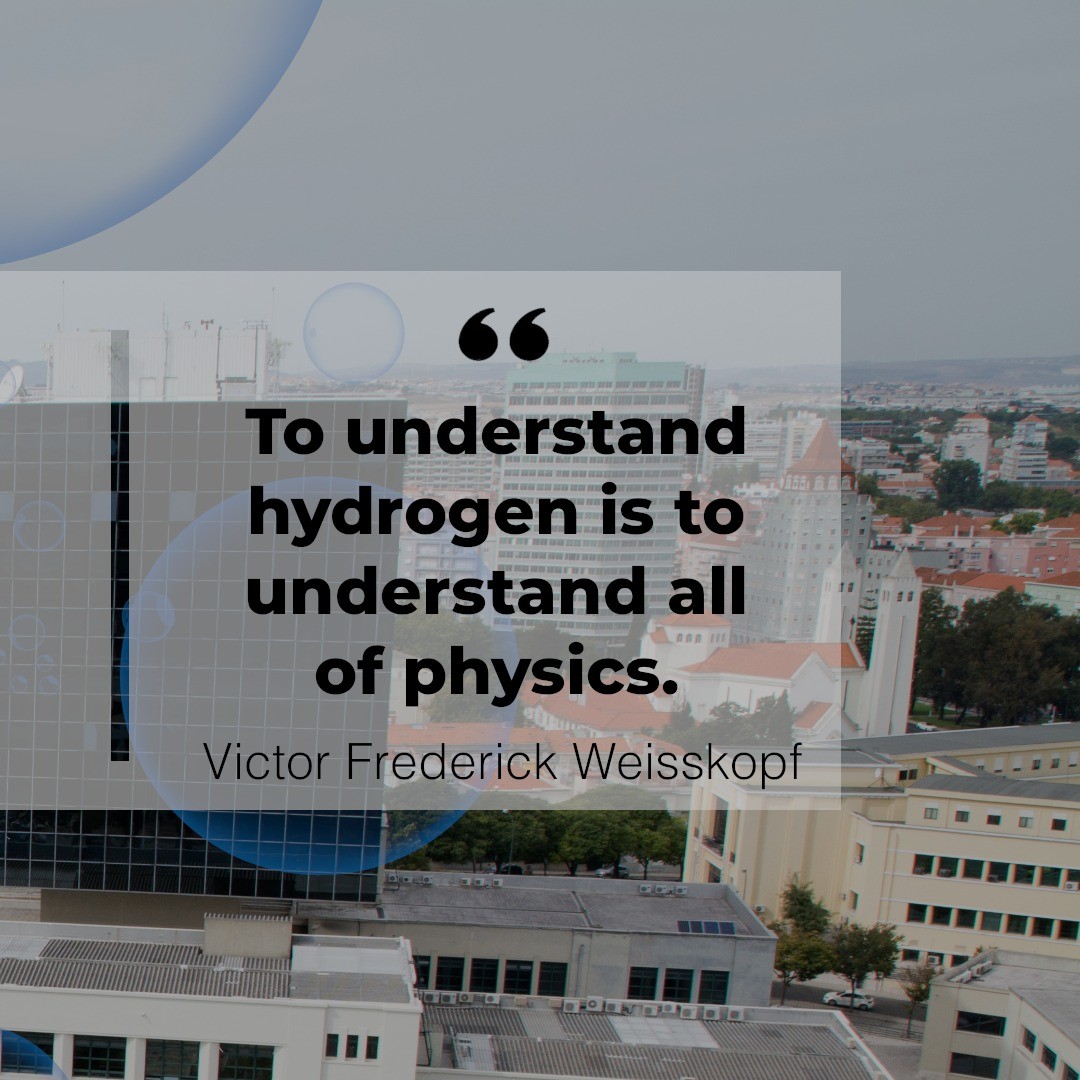 tfc.vehicle
•
Follow
F stands for Fuel! And WE… (someone in the audience screams “HYDROGEN!”) *Crickets sound* Ok, well, who are we fooling. It is pretty clear by now that our car will run on hydrogen. BUT, did you know there are three different kinds? Actually, there are more; but for the sake of simplicity, let’s stick with these. Based on its production process, hydrogen may be labeled as: 1. Grey hydrogen: it is the most common form and is generated from natural gas, or methane, in a process called “steam reforming”. Essentially, a hydrocarbon reacts with water resulting in hydrogen and carbon dioxide. The hydrogen is grey when the carbon dioxide (CO2) byproduct is released into the atmosphere; 2. Blue hydrogen: the same exact process as before however – and this is a big “IF” – the CO2 is captured and stored. Sometimes, blue hydrogen is referred to as “carbon neutral”, although that is not entirely true. In a best-case scenario, a blue hydrogen facility manages to capture 90% of the carbon dioxide; 3. Green hydrogen: everything you have ever dreamed off; a clean, carbon-free, marvelous piece of bottled energy. Green hydrogen is produced when the electric current generated by a renewable source (e.g., solar photovoltaic panel or wind turbine) runs through water breaking the bonds between hydrogen and oxygen (electrolysis). So, why don’t we use only green hydrogen for energy production? For one, there is price. Fossil fuels are still abundant and marketed comparatively at very low prices. Green hydrogen requires great amounts of scarce renewable electricity together with electrolyzers which are only now reaching commercial-scale sizes. And, to be honest, how do you grow supply when demand is not growing? Or vice-versa [1, 2]. But as governments around the world start investing, this might start to change. Green hydrogen is expected to beat blue hydrogen’s cost by 2030 and natural gas’ by 2050. It should be quick enough. And while you wait, feel free to check all our channels at https://linktr.ee/tfc.vehicle (link in the bio). We look forward to hearing from you!
View on Instagram |
10/14 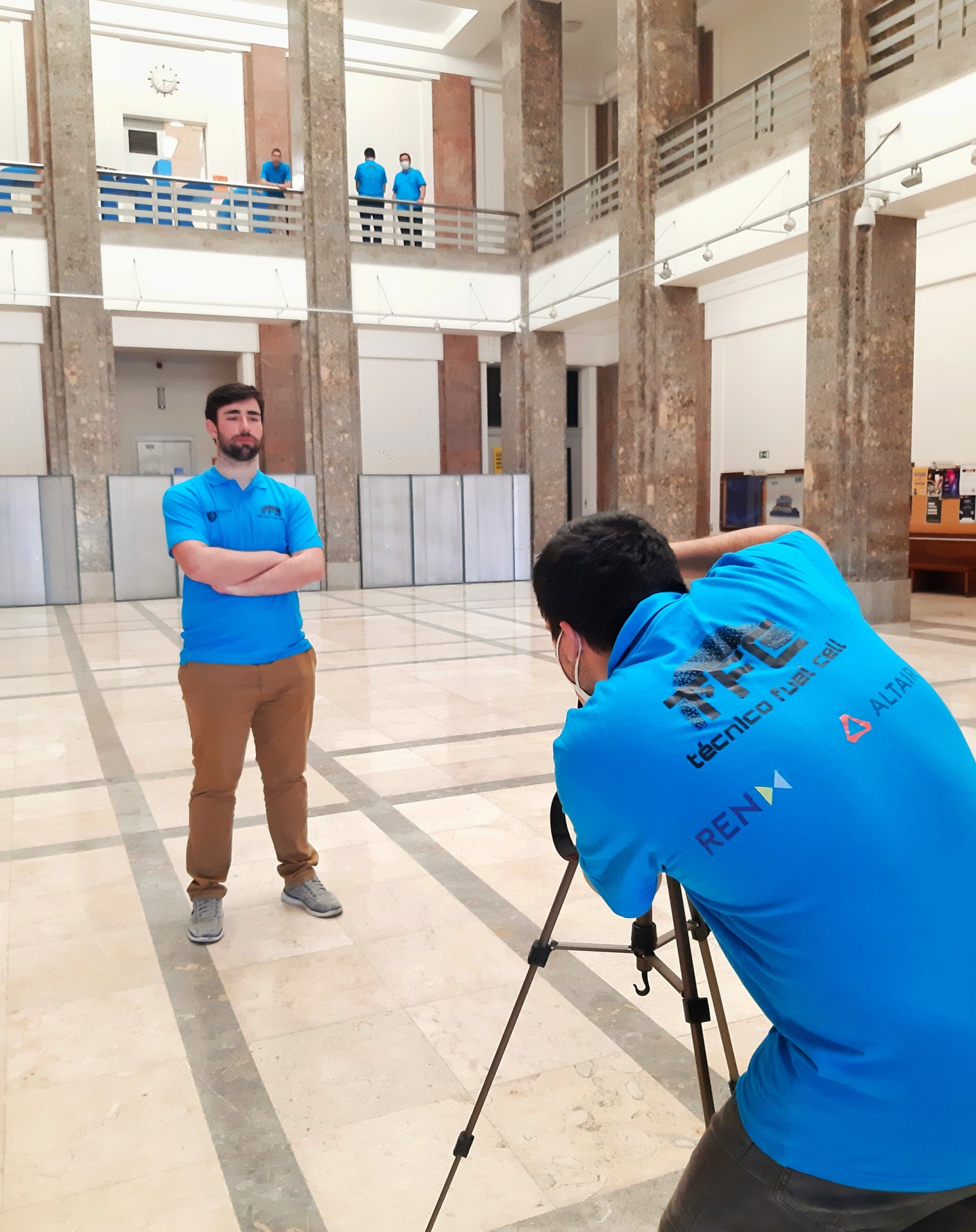 tfc.vehicle
•
Follow
This was meant to be one of our regular posts. However, the current circumstances present us all with more pressing matters. It is unfortunate that living in the 21st century, we are simultaneously engaging exhilarating conversations about space travel and artificial intelligence and are continually forced to watch wars unfold – whether in Ukraine, the Middle East, Africa, … In fact, it is not unfortunate. It is sad. It is sad because time and time again the good of the whole can be disturbed by the evil of the few. News from Ukraine show us courageous people, willing to die for their country. But in war, everybody loses. Some will lose their lives; many will lose their health. Plenty will forever lose their mental rest. This publication reflects TFC’s unhappiness with the recent developments in Ukraine. Hoping that a wave of public dissatisfaction may pressure policymakers to enact any and all measures likely to end the conflict. Our thoughts lie with all Ukrainians, fighting a war that they did not ask. And with Russian people, fighting a war that it is not theirs. Keep up with our channels at https://linktr.ee/tfc.vehicle (link in the bio). And stay safe. #ukraine #democracy #freedom #makelovenotwar
View on Instagram |
12/14

tfc.vehicle
•
Follow
Going through 2022 and your life is still depending on fossil fuels?! 🦖 Well, actually… Ours too. But we are working to change that for good! Did you know that fossil fuels are called that way because they are made from decomposing plants and animals from a very distant past, being heated and compressed over millions of years within the Earth’s crust? Fossil fuels are a non-renewable energy source because it would require waiting millions of years for them to form again. And that is not a realistic option! Whenever we consume all of the fossil fuels currently available to us, they are gone forever. According to [1] (as of data from 2016), we have around 50-year reserves’ worth of oil and natural gas consumption, and 114 years left of coal. Fossil fuels have been responsible for almost three-fourths of the pollutant gas emissions from human activities in the last 20 years [2]. However, investment in renewable energy sources has also been increasing! As citizens, industry and governments become aware of the disastrous impact that overproduction of greenhouse gases is having on ecosystem degradation, quality of life, as well as the future of human activity itself, the first – essential – steps towards decarbonization are undergoing. Come and join a fossil fuel free world! The environment will thank you. And so will Dino! (His real name is Rocky, but he does not like to be called that way shhhh 🤫. It reminds him of his rather stiff… you know, current condition.) CURIOSITY: fossil fuels are also employed in a whole array of goods that are totally unrelated with energy production. From the very device you are reading on right now to medicine, recreational sporting items and cosmetics, the applications are plentiful! You want to reach out to us? Feel free to do so through any of our channels at https://linktr.ee/tfc.vehicle (link in the bio). We look forward to hearing from you!
View on Instagram |
13/14

tfc.vehicle
•
Follow
C stands for Cell! But C is also for Christmas. Or carbon, atomic number 6! (And we know it has been almost two months since Christmas but… bear with us!) In the cosmos, only hydrogen, helium, oxygen, neon and nitrogen are atomically more abundant than carbon. Within the Earth’s crust, however, carbon is not particularly plentiful – it makes up about 0.025%, placing 19th in order of elemental abundance. And yet, it forms more chemical compounds than all other elements combined [1]! The problem arises when carbon gets high up in the air, in its carbon dioxide (CO2) compound form. In fact, let us rephrase it: the problem is not carbon dioxide itself, but rather its excessive presence due to human activity. CO2 is actually one of the most important gases on our planet because plants use it to produce carbohydrates in a process called photosynthesis. Since humans and animals depend on plants for food, photosynthesis is crucial for the survival of life on Earth [2]! But as CO2 builds up in the atmosphere – mostly from burning fossil fuels –, it absorbs sun’s heat and keeps releasing it over time. Much like bricks in an extinguished fireplace. To the group of gases holding such characteristic we call “greenhouse gases”. Now, without a natural greenhouse effect, Earth’s annual average temperature would be a not-so-comfortable below freezing degrees (instead of the current 15ºC) [3]. So… should you crank up your engines in a heroic attempt to save Earth from a chilly death? Not so fast! We have plenty of it on the atmosphere already. But thanks! Besides, it is not the only greenhouse gas out there. So… why have you probably seen fingers pointed at CO2 for global warming and not methane or nitrous oxide, for instance? That is because CO2 is the most important of Earth’s long-lived greenhouse gases. Despite absorbing less heat per molecule than the latter, it is more abundant and it stays in the atmosphere much longer [3]. SO ABUNDANT, that we should be working towards decarbonisation! Never heard of the term? In that case, stay tuned! You read this far? Thanks for your support, it is massive! Leave us a comment and you will be up for a late Christmas treat.
View on Instagram |
14/14
View on Instagram